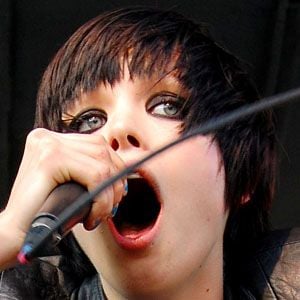 Alternative singer and performer who rose to stardom as the lead singer of the electronic duo Crystal Castles, which she helped form in 2004.

When she was fourteen, she changed her name to Vicki Vale and ran away from home to live in a colony of homeless punks, musicians, and derelicts.

Her debut album, Crystal Castles, was listed as #39 on the New Musical Express list of the greatest 100 albums of the decade.

She was born Maggie Osborn in Toronto, Ontario.

She was named one of ten icons in 20 Years of Lollapalooza by Rolling Stone in 2011. One of the bands listed was Sonic Youth, which was co-founded by Thurston Moore.

Alice Glass Is A Member Of