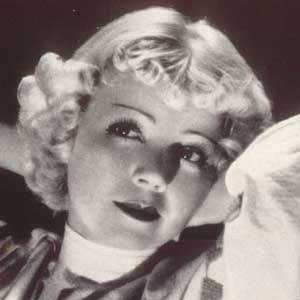 Bubbly blonde of the vaudeville stage and of early Hollywood. Her film credits include The Sea Tiger, The Satin Woman, American Beauty and Breakfast at Sunrise.

She began working in Hollywood as a secretary and script girl, her beauty eventually getting her in front of the camera.

She was cast by Warner Brothers as a singer-actress, the studio's answer to Clara Bow.

She was born Alva White to French and Italian parents and lost her mother when she was three.

She starred in the 1928 film Gentlemen Prefer Blondes, written by Anita Loos.

Alice White Is A Member Of