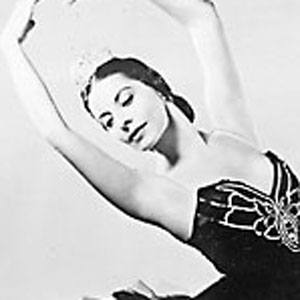 Noted Cuban choreographer and prima ballerina. She performed with the Paris Opera Ballet, the Vienna and Prague State Operas, the Leningrad Opera Ballet, and La Scala, playing such roles as Carmen and Giselle.

She made her ballet debut when she was just nine years old in a production of Tchaikovsky's Sleeping Beauty.

After being diagnosed with a detached retina in 1941, she was never able to fully recover her vision in her right eye. Therefore, her dance partners had to stay in exactly the right spot on stage, since she used the lights to guide her while she danced.

She was born in Havana, Cuba. She had a daughter named Laura with Fernando Alonso, whom she was married to from 1937 until 1975.

She and dancer Margot Fonteyn both became internationally acclaimed dancers.

Alicia Alonso Is A Member Of