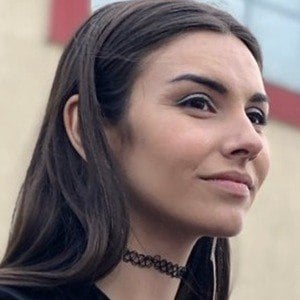 Music blogger who founded the popular A Music Blog, Yea? (AMBY). She's also an avid wrestling fan who works as a Smash Wrestling backstage TV correspondent on Fight Network. She often conducts her own interviews on her [YUYU] YouTube channel.

She's from Toronto, Canada and graduated from Dunbarton High School.

In addition to her work in Wrestling and with AMBY, she's also served on a number of award show juries including the Junos, and Canada's Music Awards. She has accumulated a large following on her AliciaAtout Twitter account, where she posts wrestling and musical content.

According to an Instagram comment on a photo of her with her grandfather, she is half Palestinian, quarter Hungarian and a quarter English.

She's interviewed MGMT, Ben Barlow of the band Neck Deep and WWE hall of famer Jim Duggan and is pictured with all of them on her eponymous Instagram.

Alicia Atout Is A Member Of