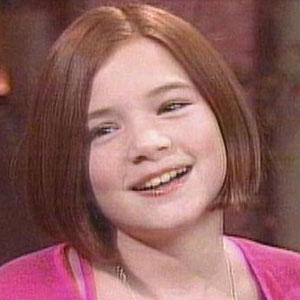 Actress who starred in the 1999 Disney version of Annie with Kathy Bates. She later appeared in The Big House and Miracle Run.

She played the role of Young Cosette in the Broadway musical, Les Miserables, in 1996.

She acted in the film Odd Girl Out with Alexa Vega.

Her high school boyfriend, Tony Carubba, was a guitarist for a punk rock band. She has an older brother named Shane.

She appeared in the horror film The Thirst with Jeremy Sisto.

Alicia Morton Is A Member Of