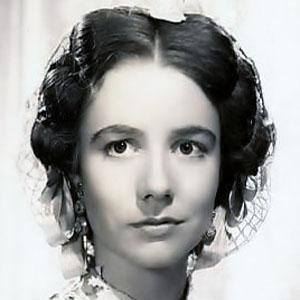 She played the role of India Wilkes in the romantic classic film Gone with the Wind. She also played a small role in the François Truffaut-directed film Tirez sur le pianiste.

She used to work as a sketch artist and portrait painter.

She was a radio announcer for station WTMA in Charleston.

Her parents' names were Isabelle and Edmund.

She was in Gone with the Wind, starring Clark Gable.

Alicia Rhett Is A Member Of