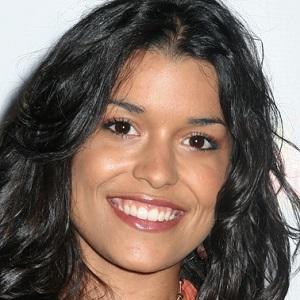 Most famous for playing Carmen in seven episodes of ABC Family's The Fosters, this California-born actress also appeared as Maya in a Hulu-produced teen series titled East Los High. Her other television credits include episodes of Entourage and Californication.

At the age of seventeen, she began pursuing a modeling career. A year later, she made her screen debut in the 2006 film Quinceañera.

She and her three sisters grew up in San Francisco, California in a family of Portuguese and Mexican heritage.

She and Madisen Beaty both played recurring roles on The Fosters.

Alicia Sixtos Is A Member Of