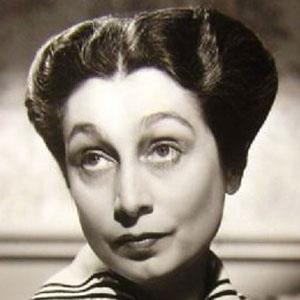 Acclaimed actress who appeared in The Man from Laramie and dozens of other films during her 50-year career.

She began her career in Broadway, making her debut in a 1921 production of The Mirage.

She was nominated for an Academy Award for Best Supporting Actress for her role in the 1944 film Dragon Seed.

Her husband, Clarence S. Stein, was the architect of Sunnyside Gardens in Queens.

She played the mother of Katharine Hepburn's character in Dragon Seed.

Aline Macmahon Is A Member Of