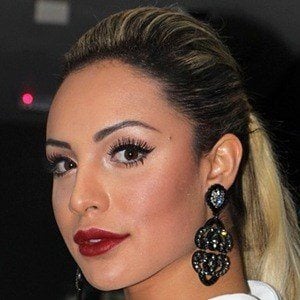 Instagram star who got her start as an actress on television programs such as Pânico na Band and TV Fama. She has since garnered a massive following of over 1,000 on the Instagram social media platform.

She spent time working in the food service industry at a buffet.

She has made several appearances on the SBT television program Arena.

She is from Sao Paulo, Brazil.

Both she and Gisele Bundchen are natives of Brazil who have amassed large fan bases through their work and social media usage.

Aline Mineiro Is A Member Of