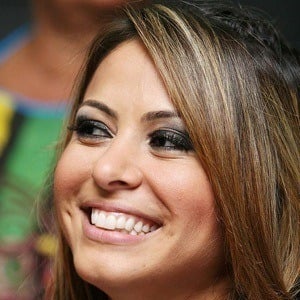 Singer who was part of the music group Smell of Love from 2003 to 2014. She was a juror on the first season of the Brazilian X Factor.

She won a contest in 2003 held by Cheiro Produções that allowed her to join the group Smell of Love.

Billboard named her the Queen of the Brazilian Carnival in 2017.

She was a juror alongside Paulo Miklos on the X Factor.

Alinne Rosa Is A Member Of