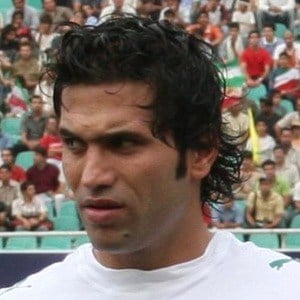 He began his youth career training at the Aboomoslem academy and eventually joined their first team in 1998. After switching and being loaned to several different clubs in the League 2, he began playing with Persepolis FC in 2006.

He is known for having been the Asian Games Champion in 2002 with the Iranian national team as well as the West Asian Football Federation Champion with Iran during the 2004 season as well.

He was born and raised in Mashhas, Iran.

Other players also known for their work as a midfielder on Iran's national team include Ghasem Haddadifar and Jalal Talebi.

Alireza Nikbakht Is A Member Of