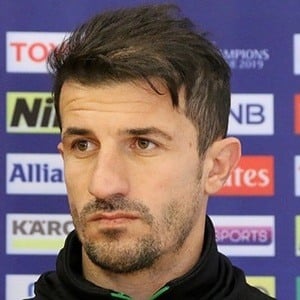 Midfielder who debuted with the Iranian national team in 2010.

He spent his youth career with Zob Ahan and was promoted to the club's senior squad in 2003.

He was born in Esfahan, Iran.

He and fellow midfielder Farhad Majidi both represented Iran in international play.

Ghasem Haddadifar Is A Member Of