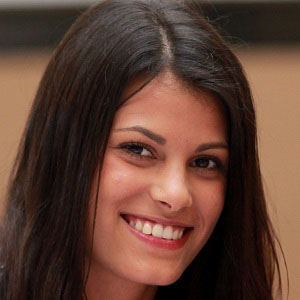 Famous for winning both Cycle 5 of Germany's Next Topmodel and Season 13 of Project Runway, she also participated in the 2012 Berlin and New York Fashion Weeks and was photographed for Vogue Italia and Cosmopolitan-Germany.

An athlete as well as a model, she played on Austria's national under-16 women's basketball team.

She was the first non-citizen of Germany to win the country's edition of Next Topmodel.

She and her two brothers spent their earliest years in Damascus, Syria, and the rest of their childhoods in Austria.

She succeeded Sara Nuru as the winner of Germany's Next Topmodel.

Alisar Ailabouni Is A Member Of