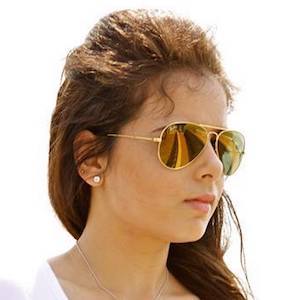 Race car and race motorcycle driver who gained fame as India's first female national racing champion. She has a huge fanbase and has 160,000 followers on Instagram.

She was first drawn to go-karting and was winning races by the age of 11.

Was featured in the magazine Delhi Age in July 2017.

She married Vell Naveen Devanraj in 2016.

Alisha Abdullah Is A Member Of