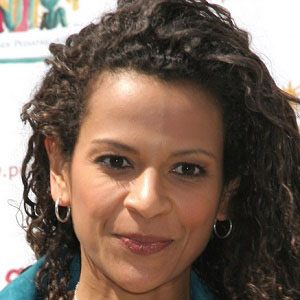 Initially famous for her Peabody Award-winning MTV coverage of the American presidential race of 1992, she went on to anchor ABC's World News Now with Anderson Cooper and to host her own PBS program, Need to Know.

While earning her bachelor's degree in English from Brown University, she worked for her school's WBRU radio station. After graduating, she secured positions at both PBS and WHTZ-New York.

As a radio host, she is known for her work on the NPR morning show The Bryant Park Project. In 2013, she published First Class, a book documenting the history of Washington, D.C.'s Dunbar High School.

She spent her youth in Glen Ridge, New Jersey and New York, New York. Her marriage to The View producer Bill Wolff produced one child.

In 1996, she joined CBS News and became a reporter for Public Eye with Bryant Gumbel.

Alison Stewart Is A Member Of