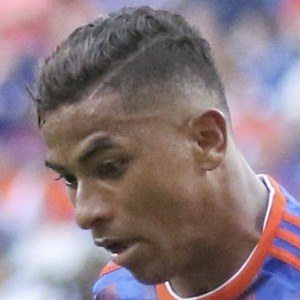 Midfielder who has gained fame for his play in North American pro soccer, including for FC Cincinnati of the MLS. He signed with the squad in 2019 after enjoying success with Costa Rican club Herediano.

He made his pro debut in the Costa Rican Segunda Division in 2013 with C.S. Uruguay de Coronado.

He led the Costa Rican national squad to the knockout stage of the 2019 CONCACAF Gold Cup, where they lost to eventual champs Mexico. He scored his first international goal for Costa Rica in a November 2018 friendly match against Peru.

His mom's name is Helen.

He and Darren Mattocks have played as teammates for FC Cincinnati.

Allan Cruz Is A Member Of