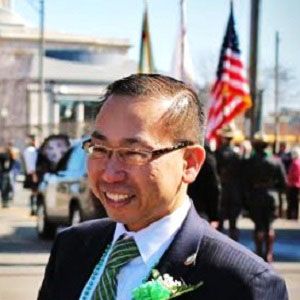 Notable as the first Chinese-American Mayor of Providence, Rhode Island, Fung went on to receive the 2014 Republican nomination for Governor of Rhode Island, but ultimately lost the race to Democrat Gina Raimondo.

After earning his bachelor's degree from Rhode Island College and his J.D. from Suffolk University, he became a prosecutor in the Rhode Island Attorney General's office and subsequently served on the Cranston, Rhode Island City Council.

He was once included on Providence Business News' list of "40 Under Forty."

The children of Chinese immigrant parents, he and his two younger siblings were born and raised in Providence, Rhode Island.

Allan Fung Is A Member Of