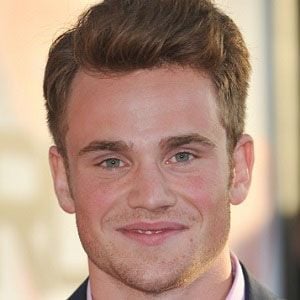 Danish-American actor most famous for his role as the vampire Godric on the HBO series True Blood. He has also starred on Danish television series like 2900 Happiness and founded the production company GourmetFilm in 2008.

He honed his acting chops at the Eventyrteatret theatre school and made his screen acting debut as Martin Lund Jensen on the series Album in 2008.

He was the voice of Ron Weasley in the Danish dubs of all eight films in the Harry Potter franchise.

His mother was Danish and his father was an Englishman from London.

He co-starred with Oscar and Golden Globe winner Anna Paquin on True Blood.

Allan Hyde Is A Member Of