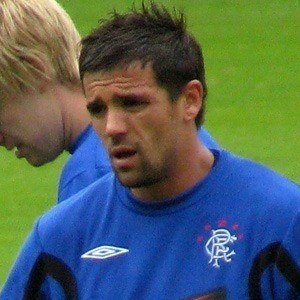 Striker who starred with Rangers FC in Scottish League One from 2004 to 2010; later moved on to Legia, who he helped win the Polish Cup in 2012.

He began his professional career with Racing Ferrol in 1997.

He grew up with a sister named Arancha.

Nacho Novo Is A Member Of