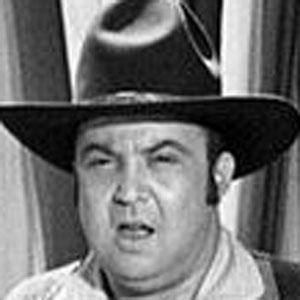 His first efforts at song parody sold poorly, but eventually, with help from Harpo Marx and George Burns, he got a record deal with Warner Bros.

His song "Hello Muddah, Hello Fadduh," set to the tune of Amilcare Ponchielli's "Dance of the Hours," was a Billboard #2 hit and won a 1964 Grammy Award for comedy.

He was born into a Jewish family in Chicago, Illinois, inheriting his portly physique from his father.

John F. Kennedy may have helped to make Sherman a star, with rumors he was singing "Sarah Jackman" in a hotel lobby.

Allan Sherman Is A Member Of