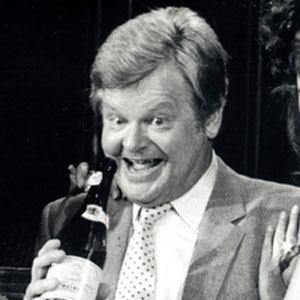 English comedian and actor who starred on the television program The Benny Hill Show from 1955 to 1991. He is best known for his "run-off" gag where he would be chased by the cast of his show and other stock comedy characters.

He worked as a bridge operator, milkman and drummer. He also worked as a radio performer before making his first television appearance in 1950.

He discovered that Charlie Chaplin, his childhood idol, was a fan of his when he was invited to Chaplin's home in Switzerland.

His father and uncle were circus clowns. After his mother passed, he kept her home in the state it had been at the time of her death, as a shrine to her. He died of kidney failure due to his weight.

In 1969, he starred in the British caper film The Italian Job with Michael Caine.

Benny Hill Is A Member Of