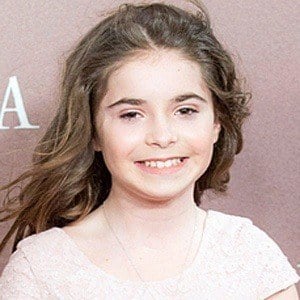 Became known for her role as Antonio Banderas's daughter in the Hugh Hudson film Finding Altamira.

She attended Oxford prep school before getting scouted before the age of nine.

She was featured in an article titled Is This The Next Emma Watson? amid her first major role in Finding Altamira.

She is the daughter of author Imogen Edwards-Jones and Kenton Allen, the CEO of film company Big Talk Productions.

She starred in Finding Altimira alongside actor Rupert Everett.

Allegra Allen Is A Member Of