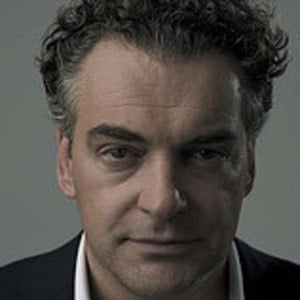 Known for his work on such acclaimed television series and films as, respectively, The Royle Family and Six Shooter, this C.E.O. of Big Talk Productions produced TV series that won British Comedy Awards, BAFTA TV Awards, and National Television Awards.

Early in his life, he pursued a career in music. Ultimately, however, he rejected an offer to attend the Royal School of Music in favor of working in production at the BBC studios in Birmingham, England.

He produced such popular BBC series as Funland, That Mitchell and Webb Look, and After You've Gone.

His marriage to fiction writer and journalist Imogen Edwards-Jones resulted in children named Rafe and Allegra.

His short film, Six Shooter, featuring a screenplay by the renowned Irish playwright Martin McDonagh, earned an Academy Award in 2006.

Kenton Allen Is A Member Of