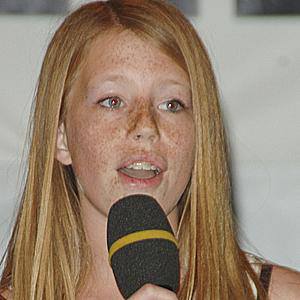 Broadway actress who played the role of Patrice in 13, a musical by composer Jason Robert Brown. She also starred in the Broadway revival of Bye Bye Birdie.

At age nine, she began performing in professional theatrical productions in her native San Diego.

Her regional theater credits include roles in The Secret Garden and Annie Get Your Gun.

She co-starred with John Stamos in the 2009 Broadway revival of Bye Bye Birdie.

Allie Trimm Is A Member Of