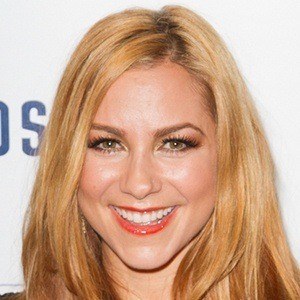 Television personality and live announcer who has served as the voice of numerous high-profile live events, including the the MTV Video Music Awards and Times Square New Year's Eve. She has served as the host of music shows like The Next: Fame Is at Your Doorstep and Fuse Top 20 Countdown.

She got her start in the entertainment business working in the A&R departments at Epic Records and Columbia Records.

She has co-hosted the radio show "Cosmo For Guys" on CosmoRadio, the SiriusXM show created by Cosmopolitan magazine.

She has sisters named Lisa and Dana.

She helped launch the career of The Voice finalist Juliet Simms.

Allison Hagendorf Is A Member Of