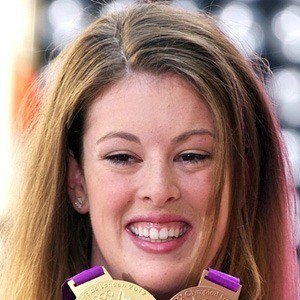 American swimmer and six-time Olympic medalist who competed at the 2008, 2012 and 2016 Olympic games.

She won a bronze medal as part of the 4×200-meter freestyle relay during her Olympic debut at the 2008 Summer Olympics.

She won a total of six medals, including three golds, at the 2012 Olympics.

She is the daughter of Ralph and Gail Schmitt. She has siblings named Derek, Kirsten, Kari and Sara.

She swam in the Olympics the same years as American star Michael Phelps.

Allison Schmitt Is A Member Of