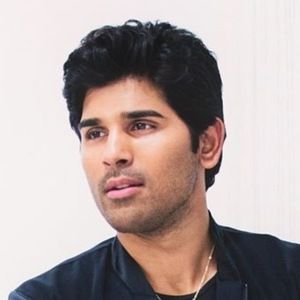 Indian film actor who works predominantly in the Telugu film industry along with a few Tamil and Malayalam films. He is also the CEO and founder of SouthScope magazine, an Indian film publication.

He was born in Chennai.

He's also a sought-after television personality and has hosted various Indian awards shows including the 1st IIFA Utsavam Awards, the 64th Filmfare Awards South and the SIIMA Awards. Allu Sirish is also a television personality, as he hosts awards shows, such as the 1st IIFA Utsavam Awards alongside Navdeep and Regina Cassandra, 64th Filmfare Awards South alongside Vijay Deverakonda and SIIMA awards along side Lakshmi Manchu.

He comes from a film family -- his father Allu Aravind is a film producer, his brother is actor Allu Arjun and he is the grandson of Allu Ramalingaiah who was an Indian cinema actor who appeared in almost 1000 films.

Lakshmi Manchu and Vijay Deverakonda have shared hosting duties with him in the past.

Allu Sirish Is A Member Of