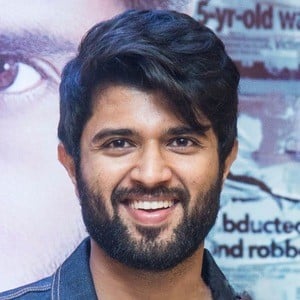 Telugu cinema and theatre star recognized for his roles in Life Is Beautiful, Yevade Subramanyam, and Pelli Choopulu. He also joined the cast of the box office hit Arjun Reddy in 2017.

He studied at both Little Flower Junior College and Badruka College of Commerce before making his acting debut in the 2011 film Nuvvilla.

He was briefly a member of the Hyderabad theatre group Sutradhar and performed in numerous plays throughout the city.

Born to Madhavi and Deverakonda Govardhan Rao, he has one brother, Anand.

Ritu Varma starred opposite him in the 2016 romantic film Pelli Choopulu.

Vijay Deverakonda Is A Member Of