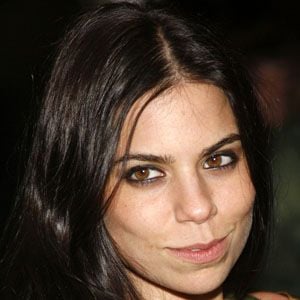 When she was just thirteen years old, she performed in the Broadway production of Abby's Song. During her childhood years, she also helped her famous father with his clothing designs, contributing design ideas to his H by Hilfiger fashion line.

She and her artistic collaborator, Francesco Civetta, displayed one of their painting projects at New York's Chelsea Art Museum in early 2008.

She was raised in both New York City and Greenwich, Connecticut, as the daughter of Susie Hilfiger and designer Tommy Hilfiger. She grew up with three siblings: Richard, Kathleen, and Elizabeth.

Ally Hilfiger Is A Member Of