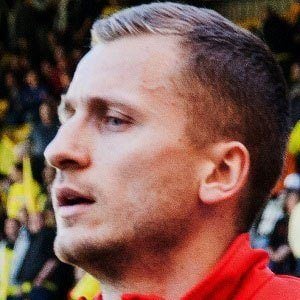 Swiss attacking midfielder of Kosovar and Bosniak descent best known for years with Zurich, Udinese and Watford. He achieved his greatest success with Zurich, where he won three Swiss Championships and received the Best Swiss Player award for the 2008-09 season.

He rose through the Zurich youth academy before making his professional debut with the club in 2003.

He was named the Watford Hornets' Player of the Season for 2013-14.

He was born in Prizren, the second-largest city in Kosovo.

He has been teammates with striker Troy Deeney at Watford.

Almen Abdi Is A Member Of