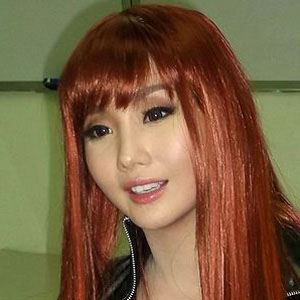 Filipina model, cosplayer, and singer who is known as a co-host of the ABS-CBN's prank show Laugh Out Loud and as an Ambassador and VJ for Animax-Asia.

She went to Assumption College and later Ateneo de Manila University where she graduated from in 2009 with a BFA degree in Informatio Design.

She was born to a Filipino-Chinese father and a Filipino-Spanish mother and she has a younger sister, Ashley. She has been in a relationship with YouTuber Will Dasovich.

She appeared in a supporting role in the 2012 teen romantic comedy The Reunion, which starred Enrique Gil.

Alodia Gosiengfiao Is A Member Of