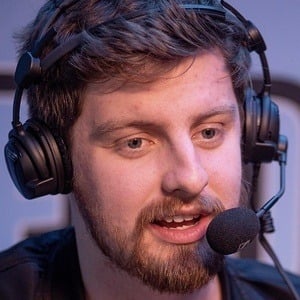 YouTube gamer who rose to fame for series like How to Play 101, Story For Glory, and Challenge Mode. He's gained more than 2.5 million subscribers to his Alpharad channel, where he is best known for playing games like the The Legend of Zelda and Sonic. He has also run a successful Twitch stream with over 220,000 followers.

He created his channel in January 2014 and followed with his first video in July titled "Melee Got Hacked."

He has worked as an editor for fellow gaming YouTube channel Tourney Locator and is the head of the Team Crystal channel.

His real name is Jacob Rabon IV. He has lived in Oklahoma and Los Angeles, California. He married Fiorella Rabon in November 2018.

He has done several clickbait videos including his "Kate Upton: Clickbait #6 with Yungtown" video.

Alpharad Is A Member Of