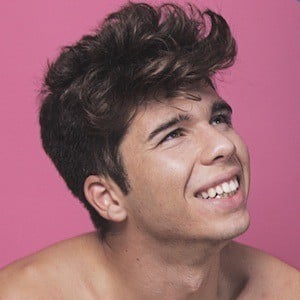 Spanish social media sensation whose Instagram features videos of himself doing jumps and stunts in addition to modeling photos. He has more than 290,000 followers on the network.

He was featured on a BuzzFeed article called "10 Lesser Known Male Models You Should Know About." He's posed for modeling photos with fellow influencers Mar Lucas Vilar and Sara Fructuoso.

He is from Alicante, Spain.

He and Alejandro Lillo have been photographed by Jose Martinez.

Álvaro Antoli Is A Member Of