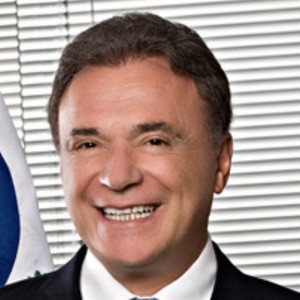 Historian, teacher and politican who has represented Paraná in the Federal Senate since 1999.  He is a member of the Podemos Party (formerly the National Labor Party), and was the governor of Paraná from 1986 - 1989.

He graduated with a degree in history from the Faculty of Philosophy, Sciences and Letters at the State University of Londrina in 1967.

On 4 August, 2018, he officially announced his candidacy for President of Brazil. His campaign received the support of the Social Christian Party, the Progressive Republican Party, and the Christian Labor Party.

Alvaro Dias Is A Member Of