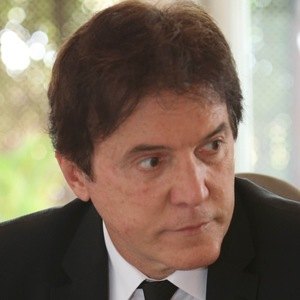 Brazilian politician best known for being elected as the governor of Rio Grande do Norte state in Brazil in 2014 with a total of 54.42% of the vote. He presides over a range of debates including on the Agribusiness, the installation of an oil refinery, and the construction of the Sao Goncalo de Amarante International Airport.

He graduated from Law School at the Federal University of Rio Grande do Norte. He then became a state representative for a number of years where he presided over agricultural business. He then embraced his families home region of Agreste where he was elected the youngest state deputy in 1986.

He is known for being the state president of the Party of National Mobilization which leads the largest party in the Legislative Assembly of Rio Grande do Norte.

He was born and raised in Natal, Rio Grande do Norte, Brazil. He married Julianne Faria and together they have six children.

His son Fabio is married to Patricia Abravanel, the daughter of entrepreneur and television presenter Silvio Santos.

Robinson Faria Is A Member Of