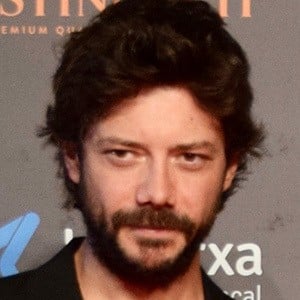 Spanish actor who is best known for playing El Profesor in the TV series Money Heist. He also appeared in TV shows like The Pier and Love in Difficult Times.

One of his earliest acting jobs was in the 2002 TV series Hospital Central.

He acted in 92 episodes of the television program El secreto de Puente Viejo. He has amassed over 11 million followers on his alvaromorte Instagram account.

He posted a photo with his son to his Instagram in December 2018.

He acted alongside Úrsula Corbero in the TV series Money Heist.

Álvaro Morte Is A Member Of