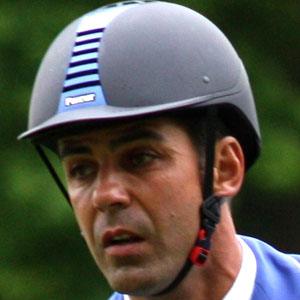 Brazilian show jumper known for being a medalist at the 1996 and 2000 Olympic Games. As of 2014, he has competed at the FEI World Equestrian Games every year since 1998.

He began attending a well-known Belgian riding school in 1983.

He is the owner of the AD Sport Horses company.

He and Jessica Kurten both competed in show jumping at the 1996 Olympic Games in Atlanta.

Álvaro de Miranda Neto Is A Member Of