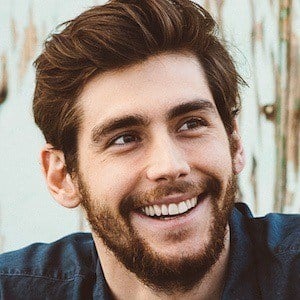 Spanish singer and songwriter who gained considerable fame across Europe for the release of his song "El Mismo Sol." A second version of the song featuring Jennifer Lopez gained him fame in the United States and the UK.

While living in Japan for seven years, he took piano lessons. He later moved back to Barcelona and began attending music school and began working with a modeling agency.

He released his debut solo album Eterno Agosto in June 2016.

He was born in Barcelona to a German father and a Spanish mother. At an early age, he became bilingual. He was formerly in a band called Urban Lights with his brother.

He posted a photo on his Instagram with Robin Thicke at Thicke's show in September 2015.

Álvaro Soler Is A Member Of