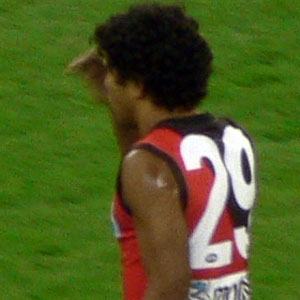 Australian rules footballer who played for the Essendon Football Club from 2007 to 2013. He was named to the Indigenous All-Star team in 2013.

He began his semi-professional career with South Adelaide in the South Australian National Football League.

He received the AFL Army Award for on-field selflessness in 2007.

His parents are of of Indigenous Australian descent. His father, Alwyn Davey, Sr., died when he was eight years old.

He and Lance Franklin both made the 2013 Indigenous All-Star team.

Alwyn Davey Is A Member Of