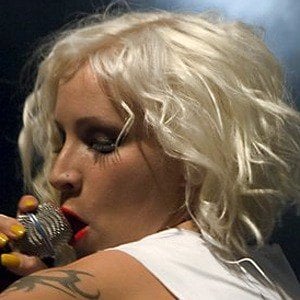 Slovenian pop star who first rose to fame in 2004 following the release of her self-titled debut album. She then followed in 2009 with Non Stop and in 2014 with Car. She is particularly known for the hit singles "Moja pesem" and "Zlaži se mi."

She first began singing as a child and even learned to play the piano at an early age. As she got older, she formed a band with four boys and began performing in 2001.

In 2014, she became the face of the mobile brand MINGL.

Her birth name is Alja Omladič.

Both she and Nusa Derenda are popular Slovenian pop singers.

Alya Is A Member Of