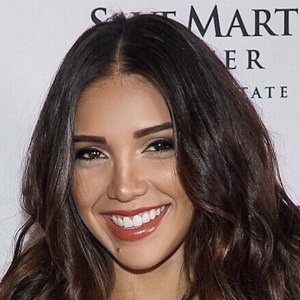 Professional model and social media personality who owns the company MaxxModels LLC. She found her biggest online fan base on Instagram where she posts selfies and modeling shots for 140,000 followers.

She began singing in choirs when she was 10 years old. She started her career as a promotional Bud Light model.

She became the first ring girl to ever sign with Combate Americas. She has appeared on such TV shows as Tengo Talento, Shazam and Univision Deportes.

She was born to a Colombian mother and a Mexican father and was raised in Riverside, California. She has a son named Ethan who was born in 2014.

She has appeared in music videos for songs by such artists as Bad Bunny, G-Eazy and Ty Dolla Sign.

Alyshia Barragan Is A Member Of