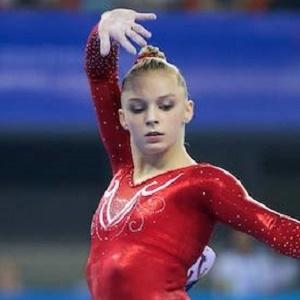 In 2014, this artistic gymnast rose to fame by winning a silver medal in the balance beam event at the U.S.A. Gymnastics National Championships. Later that year, she won team gold medals at both the City of Jesolo Trophy event and the World Artistic Gymnastics Championships.

While establishing herself in the gymnastics world, she was a student at Spring Creek Academy in Dallas, Texas.

Born to Jarol and Greg Baumann, she grew up in Dallas and Plano, Texas, with sisters named Kaylee and Rachel.

In 2014, she and her U.S. Artistic Gymnastics teammate Bailie Key both committed to the University of Florida's collegiate gymnastics team.

Alyssa Baumann Is A Member Of