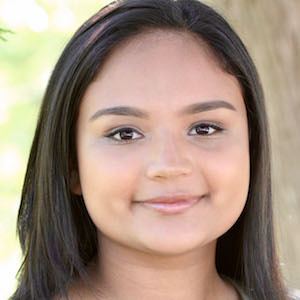 Founder of the Instagram account craftyslimecreator, which is home to slime tutorial videos. Her videos have earned her more than 650,000 followers.

Creating slime started as a hobby. Her mother told her she had to quit due to the abundance of slime she was making, and that is when she came up with the idea to sell her slime for $7 a tub.

Her slime was made available for purchase in an Etsy store called craftedbyalyssaj. She has also been a competitive swimmer.

She is from Toronto, Canada.

She and Claudia Goh have both used Instagram as a place to promote selling their homemade slime.

Alyssa Jagan Is A Member Of