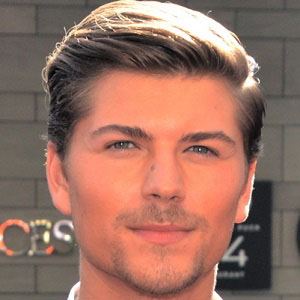 MTV scripted television personality who landed the starring role of Kieran Wilcox in the television spin-off of the Scream film franchise.

He was working the door at an upscale Hollywood nightclub where his manager discovered him.

He starred in a short film called Smoke in 2013.

He grew up between the United States and Europe before heading back to Los Angeles for his acting career.

He stars alongside Carlson Young in Scream.

Amadeus Serafini Is A Member Of