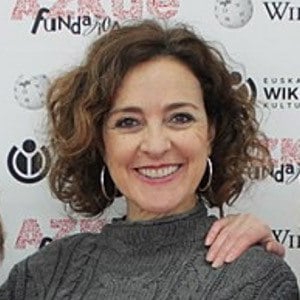 Actress who has gained fame for her work in Spain's TV industry, including on Hospital Central between 2002-2004 as Dr. Cristina Laguna. She later starred as Marta on the popular FORTA TV series Planta 25 between 2007-2008.

She earned her first acting credit appearing on-screen in the 1993 comedy-drama film The Red Squirrel.

She appeared as Eva on the TV show Physical or Chemical between 2009-2011. She also appeared in the 2015 drama film An Autumn Without Berlin.

She and Itziar Ituño appeared together in the 2015 film An Autumn Without Berlin.

Amaia Lizarralde Is A Member Of