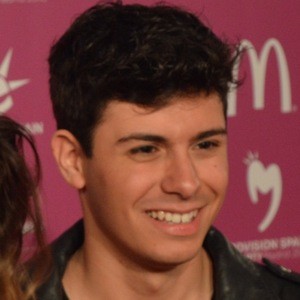 Singer who found stardom after finishing in the top five on season nine of the talent show Operación Triunfo. He went on to represent Spain at the 2018 Eurovision Song Contest with the song "Tu Canción."

He began taking voice and trombone lessons at age 7. He later studied at the Unió Filharmònica del Prat.

Before appearing on Operación Triunfo, he competed on the fourth season of La Voz.

He has dated singer Amaia Romero.

He performed the Ray Charles classic "Georgia on My Mind" on Operación Triunfo.

Alfred García Is A Member Of