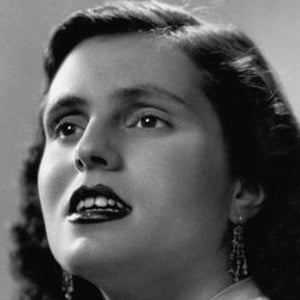 Portuguese folk singer and actress who was nicknamed the Queen of Fado because of her contributions to the fado genre. She worked as a recording artist for five decades.

She grew up desperately poor in Portugal and started singing in the streets when she was a teenager.

She released singles like "La, la, la," "Novo Fado da Severa," and " Fado do Ciúme" over the course of her career.

She and Mariza were both popular fado singers from Portugal.

Amália Rodrigues Is A Member Of