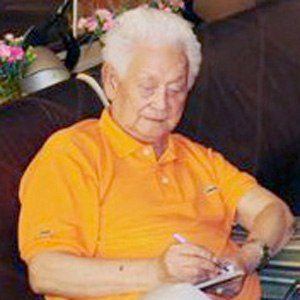 Singer/songwriter whose career spanned over seven decades. He was considered to be Vietnam's most important songwriter.

He received his formal instruction at the College of Arts in Vietnam.

He divided his career into several periods, and he attained success in a variety of musical genres: folk, profane music, resistance songs, and more.

He was born and raised in Hanoi, Vietnam.

He and astronaut Pham Tuan were both originally from Vietnam.

Pham Duy Is A Member Of