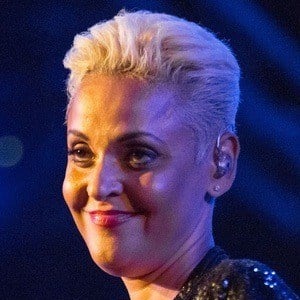 Popular fado singer who performed the Portuguese national anthem at the 2002 FIFA World Cup. She has had three number one albums, including Transparente, Terra and Mundo; she has sold over one million records worldwide.

Her father convinced her to start singing in the fado style to gain acceptance into the Portuguese community.

She was nominated for Best Folk Album at the Latin Grammy Awards in 2007 and 2008.

She was born Marisa dos Reis Nunes. She was married to João Pedro Ruela from 1997 until 2008 and she raised a son named Martim Ferreira.

She performed a tribute to fado singer Amalia Rodrigues following the singer's death.

Mariza Is A Member Of