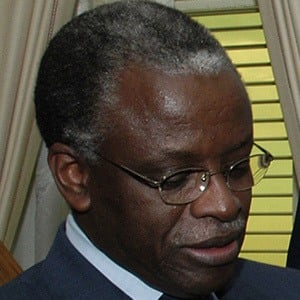 He graduated from Makerere University with his degree in law.

He served as the Attorney General of Uganda between 2004-2006. He has represented Uganda in the United Nations Security Council.

He shares four children with his wife Jacqueline.

He served alongside Uganda's then-president Yoweri Museveni as Prime Minister.

Amama Mbabazi Is A Member Of